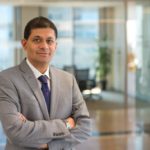 Roshan Nathoo has been working in the financial services industry in Mauritius for more than 20 years now. Roshan is the Managing Director of Globefin Management Services. Globefin provides tailored solutions to individuals and businesses as well as assisting trusts and financial funds with registration and administration requirements.

Roshan was the Managing Director of Standard Bank Trust (Mauritius) for 4 years from 2002 to 2006. During that time, he contributed to making Mauritius a hub for the Standard Bank Group for businesses from South Africa, the Sub-Sahara Africa Region as well as from the Middle East.

The Standard Bank Trust Mauritius business doubled in size over the last three years of his tenure. Roshan was Chief Operating Officer of the Standard Bank Group in Mauritius (which comprised both Banking operations as well as Corporate and Fiduciary Services operations) from 2006 to 2008 with specific responsibility for Banking Operations, IT, Treasury Back Office and Trade Services.

Roshan was formerly a Senior Manager at the representative of Arthur Andersen in Mauritius where he worked for 8 years from 1994 to 2002 in the Offshore Business Department. He was responsible for a portfolio of clients with primary interests in the Emerging Markets of India, China, South East Asia and South Africa.

Mahendra Mayaram was born on 26th April 1961 in Mauritius. His father came from a family of jewellers having their origin from Gujarat. He studied at the Lycee Labourdonnais, a French private school for his secondary studies, where he graduated with a Baccalaureat in commerce and finance in 1981.

In 1981, he also obtained a scholarship to study in France. In 1984 and 1985 he obtained the equivalent of a Bachelor and Master in Economics and Finance at the University Paul Cezanne of Aix en Provence.

In 1989, he joined BNPI, a subsidiary of the BNP group in Mauritius for his first job. He started as a credit analyst for the local banking department of the bank.  In August 1993, he joined the Offshore Banking Unit of BNPI as Credit Manager.

In July 2001, he was promoted as Group Risk Manager for the BNPI Group in Mauritius.

From January 2006 to August 2007, he joined the International Banking Division of Barclays in Mauritius, as Deputy Director and Head of Sales. During that period he also acted as Director for 6 months.

In September 2007 he joined Standard Bank of Mauritius as the Head of International Banking. In April 2009, he left Standard Bank and set up his company Thoth Services Ltd to provide consultancy services in the financial sector. 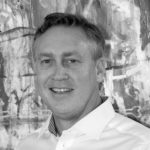 Hayden Bamford, founder and Managing Director of Alternative Real Estate Capital Management, is a qualified Chartered Accountant, having completed his articles at Deloitte & Touché. He worked at Standard Bank Real Estate Finance and subsequently at the Royal Bank of Canada (London) as a VP of Structured Finance & Debt Securitisation.

What Are Real Assets?